Understand Why The ATM Machine Remains An Intricate Part Of Banking

When the ATM first arrived on the scene it was revolutionary and really added to the convenience of banking. The average consumer now takes this machine for granted and often thinks of it as just something that is largely separate from the bank itself. The average person doesn’t really realize how much this machine has changed over the half-century that it has been around.

When this machine was first introduced its sole job was to dispense cash during and outside of traditional banking hours. This is no longer the case. In addition to doing this traditional job, it is now a tool that can be used to more conveniently pay bills, purchase certain types of tickets, and is now evolving to do other things such as foreign currency exchange. It is estimated that close to a half a million dollars is withdrawn from an ATM machine every second. This clearly demonstrates that using this machine as a dispenser of money is still its most common purpose but no longer its only purpose.

Many consumers and those in the banking industry often contemplate whether or not internet banking will eliminate the need for ATM machines. The reality is, however, that the exact opposite seems to be the case. As technology improves so does the overall functionality of the ATM and that makes it increasingly useful for consumers. Currently, ATM machines are seeing an increase in use even with the rise of internet banking.

As consumer habits change, the banking industry is looking at how it can improve the functionality of these machines to meet those changes. Throughout Asia, the new ATM machines are being installed in record numbers. North America and Europe are also seeing a significant change in the technology used, as well as the placement of these types of machines.

Because ATMs continue to be very useful and highly used by consumers, the banking industry is looking at how it can make these machines more usable and safer. By increasing the number of different types of transactions that can be made from these machines it will make them highly relevant for the future. By creating innovations that reduce the chances of fraud it improves the safety of using these machines and that will further propel the popularity and use of them.

Although some speculated that the coming of age for internet banking might bring an end to the ATM machine it is doing the opposite. For all the advantages that internet banking offers there are still some things that the ATM machine simply does better. As a whole, the banking industry is in the process of adding features to these machines and increasing the number of machines available in areas where they are needed. Within the foreseeable future, there is no doubt that the ATM machine will remain and continue to be a very intricate part of the banking industry. 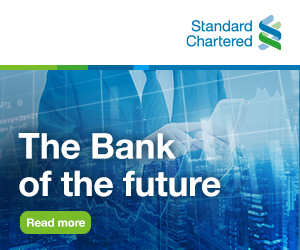